Just the Facts on Cultural Exchange 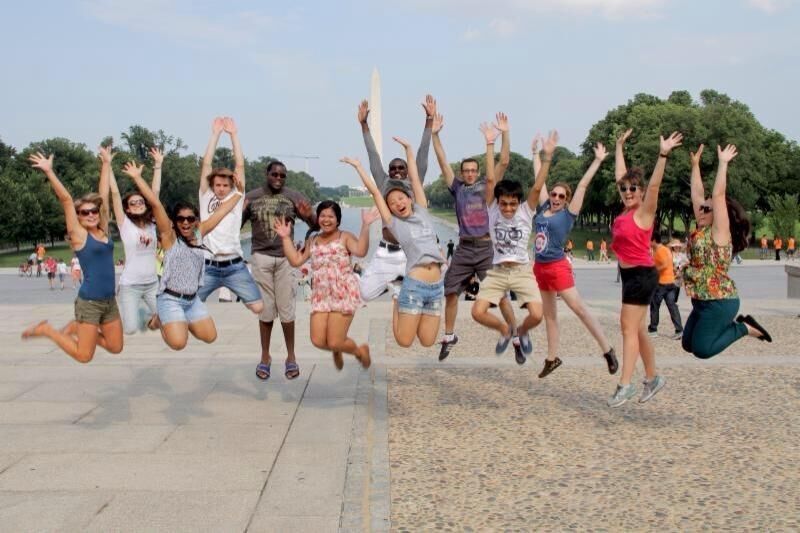 A recent study by Pew found that the United State’s favorability rating globally hovers below 50 percent, with a sharp distrust of this administration among some of our closest allies in Europe and Asia. As we consider the implications these findings might have on policies ranging from defense to disaster relief to trade and investment, we are puzzled why the White House would be considering major changes to or the complete elimination of a proven cultural visitor exchange program that costs the taxpayer nothing.

Started by the State Department in 1961, the J1 Exchange Visitor Program— which includes Summer Work Travel, Camp Counselor, Intern and Trainee and Au Pair programs—has brought students and others from overseas to the U.S. to learn English, study, and gain exposure to American culture. One of the ways in which this is done is through temporary, seasonal work—largely in the tourism and hospitality industries during peak travel seasons where exposure to the language and culture in a real-life setting enhances the student’s experience and sends them back to their home countries with some new skills and, importantly, perspectives.

Despite the incredible diplomatic benefits of the Exchange Visitor Program, a small group in the White House has deemed it a threat to the American workforce. As a result, they have linked it to the broader Buy American, Hire American (BAHA) Executive Order efforts currently underway. These efforts look to cut back on immigration programs that some see as undercutting American jobs. But the Exchange Visitor Program is not an immigration program or a jobs program—it’s a cultural exchange program. Young people come here for short periods of time, typically four months or less, to experience American life first-hand and then return to their home countries. As the international government and business leaders of tomorrow, putting it in the BAHA cross hairs is simply misguided and short-sighted.

A recent study conducted by Eureka Facts shows why. Led by Public Affairs Research Director Alec Ulasevich, PhD, Malinda Rhone, PhD, and Principal Jorge Restrepo, the study found that the Summer Work Travel (SWT) program, one of the five programs being targeted as part of BAHA, delivers significant benefits in terms of public diplomacy and the U.S. economy. Critically, it shows that SWT students help U.S. businesses meet their seasonal labor shortages in areas and times when American workers are not available, particularly in the “shoulder seasons” of early spring and late fall when young Americans are typically in school. The analysis also found that SWT participants do not – as some in the administration argue – displace local workers. In fact, one quarter of surveyed employers indicated that without the presence of SWT students to complement their American workforce, they would not be able to operate at capacity during their peak season. Employers recruitment through advertisements, at job fairs, visits to college campuses, social media, and other methods. But these efforts often are not enough. Some employers report that they could be forced to lay off full-time staff or even close their doors without the seasonal SWT supplement.

The study also finds the SWT program helps to keep local, seasonal economies strong. Last year, participants in the program contributed more than $500 million to the U.S. economy via money they spent during their shorts stays in the country. Exchange visitors, furthermore, earn the exact same wage as their counterparts. Costs to employers can actually be greater for these employees due to program, travel and other expenditures required by the State Department.

To suggest that the SWT in any way threatens the American worker and economy, according to this study, is simply inaccurate. Couple that with proven diplomatic benefits, and this is a program that should be held up as a model, not one targeted for elimination. For example, 91 percent of the SWT participants surveyed chose to take part in the program because of the cultural exchange opportunity, rather than to make money or learn work skills. 76 percent return to their home countries with a higher overall regard for the U.S., and three in four say their opinions of American people became more positive after their time here. In the spirit of the original legislation that established these Exchange Visitor programs, the Mutual Educational and Cultural Exchange Act of 1961, participants leave the program with greater understanding of the United States while making lasting friendships with Americans they met.

Many in Congress also strongly disagree with the inclusion of Exchange Visitors in BAHA. In fact, Members of Congress from both the U.S. Senate and the House of Representatives urged Secretary Tillerson to oppose such an action. Governors and business owners across the country have also weighed in with their opposition.

The tradition of cultural exchange is part of the fabric of our democracy. It has played an important role in the broader global diplomatic efforts of the U.S. for more than 50 years. So just the facts, please. These young people are not threats to the American worker or the economy. They are the world’s future employers, diplomats, leaders, and innovators whose short time in our country contributes to greater global camaraderie, understanding, and respect.